With all of the press lately about bullies you’d think that we were making some sort of headway against the behaviors.  I think you’d be wrong.  My oldest daughter was bullied mercilessly last year in her public high school by a gang of girls.  Last year, my younger daughter was the target of a couple of bullies.  This year, we’ve had several incidents with my younger daughter, including another student calling her a stupid white girl, and threatening to kill her.  The kid got three days of ISS, after he told her that he would kill her except he knew she’d have him on his back in less than a half a second.  Bullies Suck.

What I’ve noticed is that certain environments seem to foster bullying.  Some schools have a worse problem than others.  Some work environments are worse than others.  We are responsible for what we say and do, but we can’t prevent others from being bullies.  Until students have the right to stand up fully for themselves, and knock those bullies flat on their rear ends, the bullies will continue with their lousy behavior.  Bullies suck.  They just want power, prestige, and to be more powerful than someone else.  They don’t care how they achieve those goals.

I just have a few thoughts for how to slow down bullies in schools:

In short, we have an epidemic of bullying in our schools.  It needs to be addressed and fixed.  We need to come together to help fix it.  What ideas do you have? 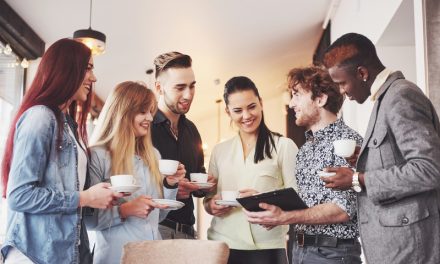 How to Help Your Employees Feel Less Stressed

Working On Your Smartphone At Night Is Bad For Productivity | Co.Design | business + design

How I Hire: 6 Ways I Find and Hire Hardworking Millennials | LinkedIn