If I had a bigger napkin I would have written this:

The Less Simple Formula for Assessing Leadership = Identify the Problem, Find a Solution, Develop a Workable Plan, Inspire Others, Deliver the Results

The story started many years ago, but was retold last week while having breakfast with a former client. The napkin was handy. When a client, he was the CEO of a mid-sized company, and my search firm had placed most of his senior management team. Now he’s on the board of a dozen or so different charitable organizations, university groups, and privately held companies. In his new role he’s still confronting the same hiring challenges as before: finding enough leaders. My company today is no longer a search firm. We now help companies set up programs to find and hire leaders of all types. Sometimes these leaders are engineers, accountants or sales reps. Sometimes they’re business executives or someone working on the shop floor. Regardless of the role, it’s not hard to identify leaders when you know what you’re looking for. This is where napkins come in handy, at least as a starting point.

Before I started working with this CEO, I had an assignment with a major LA-based entertainment company looking for a corporate director of accounting. The ideal candidate needed a CPA from a top accounting firm, and at least 5-10 additional years of experience working at the corporate office of a publicly-traded company. One of my candidates for the role was a young woman who was a senior manager with one of the major accounting firms. While her clients were publicly-traded companies, she didn’t have any hands-on industry experience. More challenging, she only had seven years of total experience, not the 10-15 listed on the job description. There was no question she was an exceptional person, and the VP Controller was more than willing to meet her. After the interview we both agreed she was a very strong person, but too light for the position. She never got this message.

Before I could break the bad news she wasn’t going to be considered for the job, she said something like, “I don’t want this job the way it’s currently structured. There is no way anyone could accomplish the overhaul of the department as defined given the resources and time frame currently specified. If you want me to consider this job there are five things that must happen.” She then spent another 10 minutes describing what she needed in terms of resources, staff and system support including a rough time-phased implementation plan. It was a remarkable plan. So remarkable, I never had a chance to tell her she was not getting the job. Instead, I called the VP Controller, and told him he had to hear directly what this woman proposed, even if he didn’t hire her. He enthusiastically invited her back and with a few other directors in the room asked her to describe her plan for rebuilding the accounting department. After about three hours he made her the offer. She accepted. Eighteen months later she was promoted into a bigger job after successfully completing the initial project.

What this woman did was simply amazing. As a result, I started rethinking how the best people I had placed up to that point answered questions. There was an obvious common thread. The best engineers could always visualize the technical problem, figure out a way to solve it and put a plan together. One plant manager candidate put a plan together on a flip chart on how to set up a global manufacturing and distribution center. The best sales reps could develop approaches to handle the most difficult clients. YMCA camp counselors could develop daily activities to ensure even their quietest kids would have a great experience every day. And it goes on and on. The best people in any job, regardless of their age or level, can visualize the problem they’re facing and figure out a way to solve it.

But this is just the first step in leadership ….

But this is just the first step in leadership – having a vision and being able to articulate it. It’s not enough, though. Not only do you need a detailed plan once the problem is solved, but you also must implement the solution successfully. This requires obtaining the resources, developing and motivating the team, and committing to achieving the objective despite the numerous challenges and obstacles that will always crop up.

The ability to articulate a vision combined with a track record of achieving comparable results was how the two-question Performance-based Interview described in The Essential Guide for Hiring & Getting Hired was developed. One question involves asking candidates to describe how they’d go about figuring out how to accomplish a major objective or realistic job-related problem. The other question asks them to describe something they’ve done that’s most comparable. (Here’s a link to a summary of the Anchor and Visualize two-question process.) After asking these two questions a few times for your biggest job-related challenges, you can be confident about hiring someone who has the ability to both visualize a solution when combined with a track record of having accomplished something comparable. One without the other will be a problem.

Be careful. Too often we’re seduced by just the vision and the lofty ideas. Others become overly focused on technical brilliance, or a track record of years of experience. None of this is good enough. Competency without results is just mediocrity. Results without vision is just more of the same. Vision without the ability to deliver results is just a bunch of empty promises. With leadership, everything changes. It starts by listening.

Lou Adler (@LouA) is the CEO of The Adler Group, a full-service talent acquisition consulting firm. He’s the creator of Performance-based Hiring and the author of the Amazon Top 10 business best-seller, Hire With Your Head (Wiley, 2007). His new book, The Essential Guide for Hiring & Getting Hired, (Workbench, 2013) has recently been published. For more tips joinLou’s LinkedIn group and follow his Wisdom About Work series on Facebook.

I’m Not Perfect (But Neither Are You) 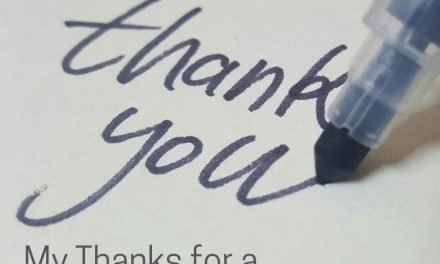 My Thanks for a Year of Blessings