What About The Boys?

I spend a lot of my time and energy focused on helping girls defy stereotypes.  Girls should not be limited by their gender.  Help Girls see and realize their full potential.  We’ve spent years changing the mindsets of our teachers, and even the format of our classrooms to better accommodate girls’ learning styles in the classroom.  We’ve taught teachers to pay attention to girls’ needs and not let them get lost in the classroom.  I have a question though.  What about the Boys?

Let’s think about it for a minute.  Recess times have only gotten shorter.  Most kids I know, but especially boys, need to spend a certain amount of time just getting energy out of their system.  They need to run and fidget.  Today’s classrooms don’t allow for much of that, so as a consequence kids are getting labeled as “problems” in larger numbers than ever before.  Some kids clearly DO need medication.  But many of the kids getting medication are boys.

There is so much focus on the girls, that sometimes I’ve stopped and wondered, but “What about the boys?”  I hate to see one gender get left behind because we are focusing on trying to bring the other up to speed.  Why can we not see that all children are important, and while there are clearly some differences in learning styles, we need to figure out how to serve the needs of both genders without compromising either one.

Think about how many sports have been taken over by girls- Gymnastics, Horseback Riding, Dance, and more.  The boys have vacated the arenas for the most part, leaving a void.  Gymnastics is important for balance and coordination, and so is dance.  Yet, boys don’t really participate in those sports anymore, except in very rare instances.

Some fields of medicine have almost entirely been taken over by women, like OB-GYN.  And some fields see very few women, like Computer Science and Engineering.  The percentages of girls in many engineering disciplines has been steadily dropping since the mid- 1990’s.  The percentages of boys in other fields such as teaching has been steadily dropping.

I guess what I’m saying is- when one gender takes over a field entirely, we all lose, because we lose diversity.  When a classroom focuses only on attributes like sitting still for long periods of time- attributes that are hard for many boys, then we all lose as well, because we lose boys early in their educations.

What Inspires Me: Tackling Tough Issues, Head On | LinkedIn 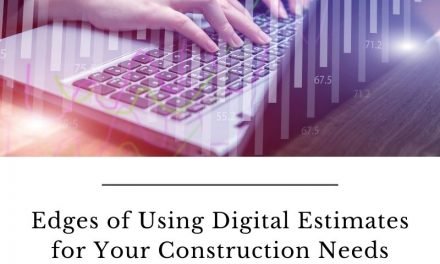 Edges of Using Digital Estimates for Your Construction Needs